In 2021 NFT market worth was $40bn. This is a huge opportunity not only for artists, but also for art galleries. 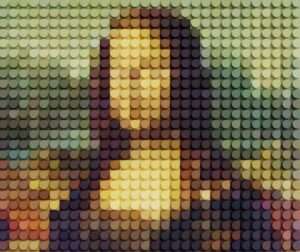 NFT is a piece of code, a record on the Ethereum blockchain network which shows who is the owner of a particular digital asset. In the past digital ownership was not possible. However, the digital asset itself would be stored on the NFT platform servers. It can also be stored on the De Twee Pauwen website where you can provide a link to a blockchain network.
Art NFTs can be:
1. Digital copy of a physical artwork. For example, 3D image of a sculpture or a digital image of a painting. In this case, I would suggest to look at this like a print. If the print is signed by an artist then the value of a print increases. If NFT is published by an artist or a gallery on the blockchain then it is also seen as a signature. It adds authenticity to the digital version of an artwork and that increases the value.
2. Digital art. When a digital art is published on the blockchain by an established artist or a gallery then it also adds authenticity to it which converts into a increased monetary value of an artwork.
3. Physical artwork. In this case there would have to be an offline legal contract which would include an ID number on the blockchain of a particular physical artwork. This is a more complicated scenario, but one way to go is:

How Art Galleries Can Make Money by Using NFT Technology?

a) Selling a digital copy of physical artwork;
b) Selling digital art;
c) Selling an actual physical artwork by using blockchain;
d) Automatically receiving a fee for all the future sales of an artwork which was originally published (minted) by De Twee Pauwen.

Blockchainmarket.eu can help art galleries to use NFTs

George Soros owns Bitcoin. What does it mean for crypto?